James and Robin are called by God to spearhead a new ministry. They have been married for 36 years and are parents of three grown children and five grandchildren. As Full Gospel leaders, they have ministered inner healing for more than 29 years.

James and Robin both graduated university studies in the arts with honors. Their lives are dedicated to advancing the Kingdom of God and His Divine Love. Their goal is to fulfill their destiny and empower others to do the same. Their vision is sociological: To transform culture through theater, film, TV, and other artistic media.

Before the COVID-19 lockdown, the couple was in production of Robin’s short film, MARTYR FOR TRUTH, through Capital Community Media in Salem, OR. This historical drama is based on the story of Mary Barrett Dyer, Robin’s ninth great-grandmother, who died as a martyr for religious freedom in Boston, Massachusetts Bay Colony, on June 1, 1660. Her death was the catalyst for the First Amendment to the United States Constitution. The purpose of this creative work is to serve as a Holy Spirit catalyst to heal our land. They hope to resume filming in Texas where they have relocated.

Robin Capers, MFA, Writer-Producer, has a business background and owned and operated her own service-related small business for more than 14 years. She returned to college, after raising her family, and discovered her passion for the arts, while studying the Renaissance and the Enlightenment in both her undergrad and graduate coursework. Her discovery that creative works of art often contain symbols with meanings excited and motivated her to pursue visual art as her avenue to fulfill God’s Call on her life. 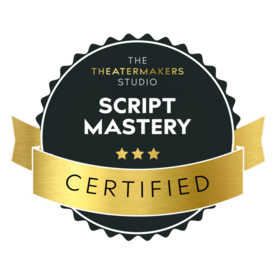 Following his military service, James trained professionally as a Radio and TV Broadcaster in the Seattle area where he worked as Announcer, Writer, and Production Manager. After that, James studied computer science in the early 1970s and worked for more than 17-years at the Boeing Company in various analytic, creative, and developmental positions.

James is a lifetime member of Full Gospel Business Men’s Fellowship International (FGBMFI) and has served in officer positions, including as chapter president and as founding chapter president (FGBMFI is not affiliated with nor has endorsed this site). Presently, James’s interests involve mixed media arts and the Internet, including design, social media, blogging, instructing, and coaching, where his learning from the past comes together with the technologies of today.

This site uses Akismet to reduce spam. Learn how your comment data is processed.